1501-4: Michelangelo sculpts a monumental marble David
to surmount a buttress at Florence Cathedral: 1

1873: The original David is transferred to the Accademia Gallery: 3

Also in 1873: A marble replica is placed in front of the Palazzo Vecchio: 4 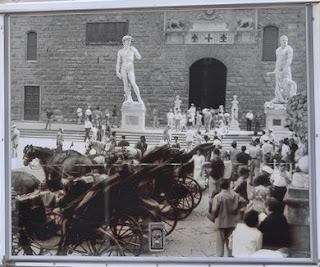 1960s: Piazza della Signoria (with the replica of Michelangelo's David) is documented by a photographer: 5

1980s: The resulting photograph is enlarged, transferred to formica and featured on a Traditional Floren- tine Tripe Stand: 6

2010: The tripe stand is captured in context by our eagle-eyed photographer: 7 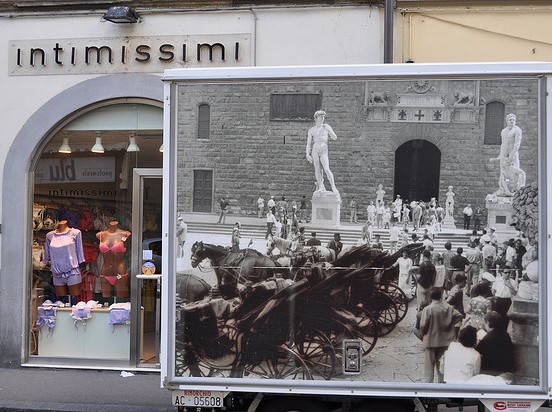