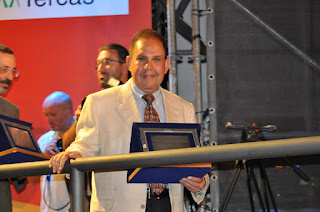 A typically cynical Florentine friend recently commented, "The Italians like the idea of liking culture" - followed by a shrug of the shoulders and a heavy silence. This was a direct response to the government's drastic cuts to the nation's arts budget - resulting in the near closure of the Maggio Musicale Fiorentino, a celebrated international festival of theater and music that began operation in 1933.


But liking the idea of liking culture is no small achievement in its own right, even if it is sometimes the beginning and the end of the story. And for Italians, their collective identification with art and history cuts right across social and economic divisons.

To quote an American friend with an Italian wife (not to mention Italian children and grandchildren), "In the United States, going to museums and the opera can lose you elections. Here, it can help you win them." 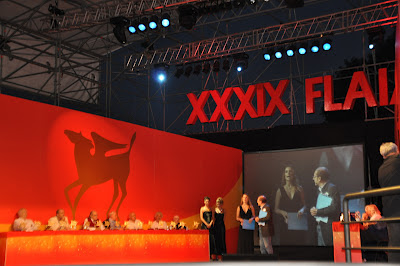 So, let me ask you a question... In America, what are the chances of a serious archival historian (like Edward Goldberg) being invited to participate in an awards ceremony with show business celebrities - honoring a fun but scholarly book like Jews and Magic in Medici Florence?

Somewhere (I venture to say) between "Zero","No Way" and "You must be joking!" 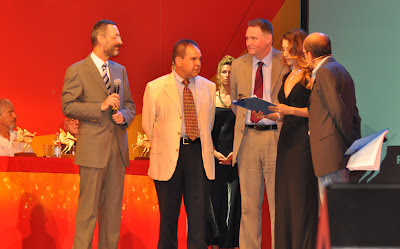 But this happened in Pescara, Italy, on 8 July 2012 at the 39th Annual Flaiano Awards. 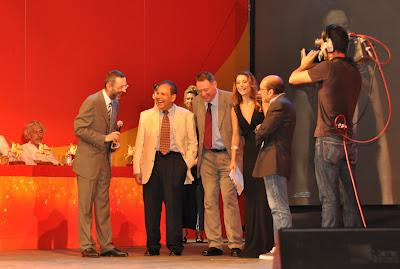 And it was fun! 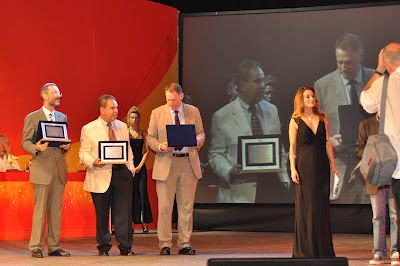 Something is happening... I wonder what? 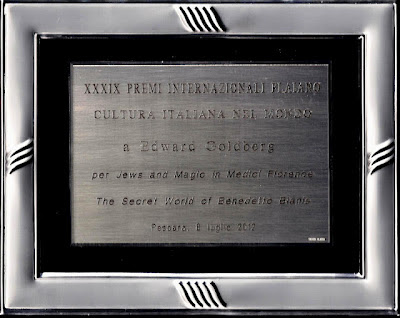 39th International Flaiano Prizes
for Italian Culture in the World
to Edward Goldberg for
Jews and Magic in Medici Florence
The Secret World of Benedetto Blanis
Pescara, 8 July 2012 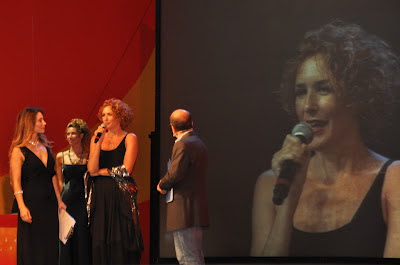 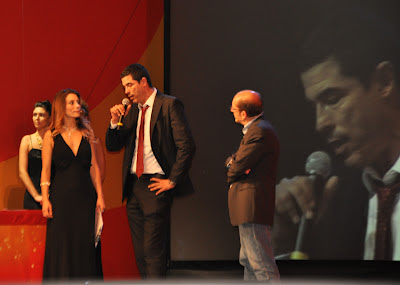 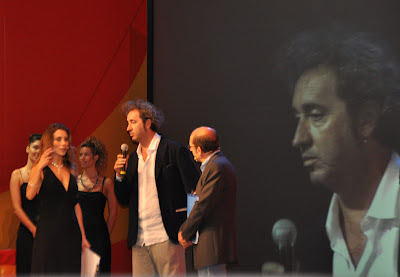 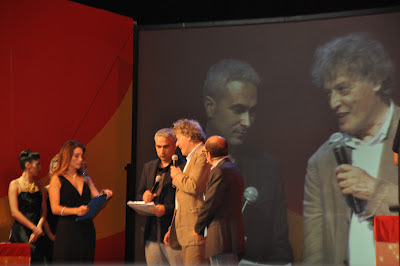 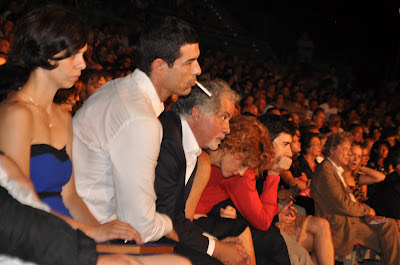 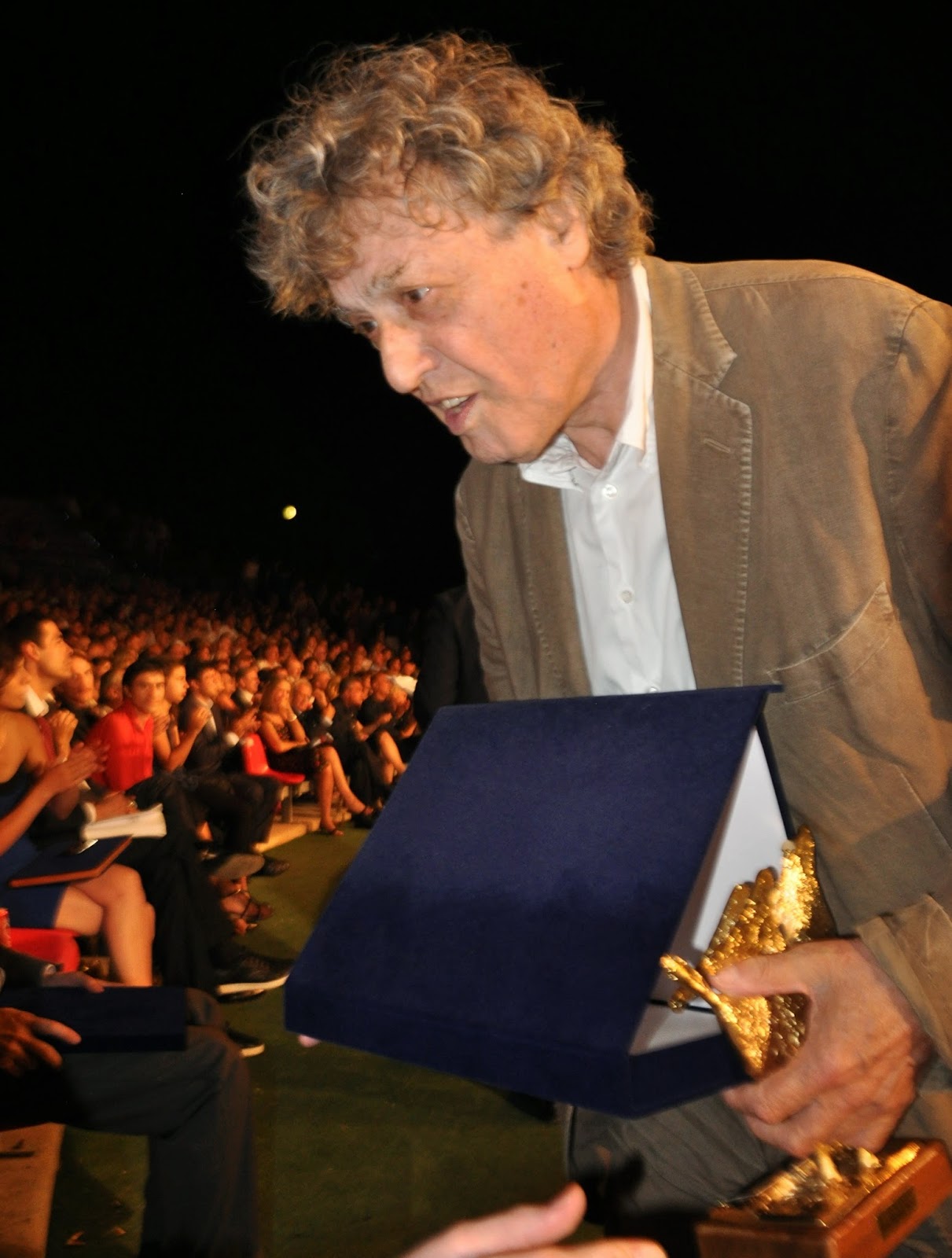 Tom Stoppard Returns with his Award. 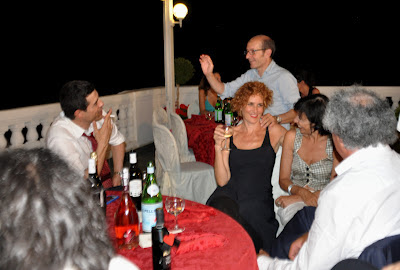 Gala Dinner after the Award Ceremony. 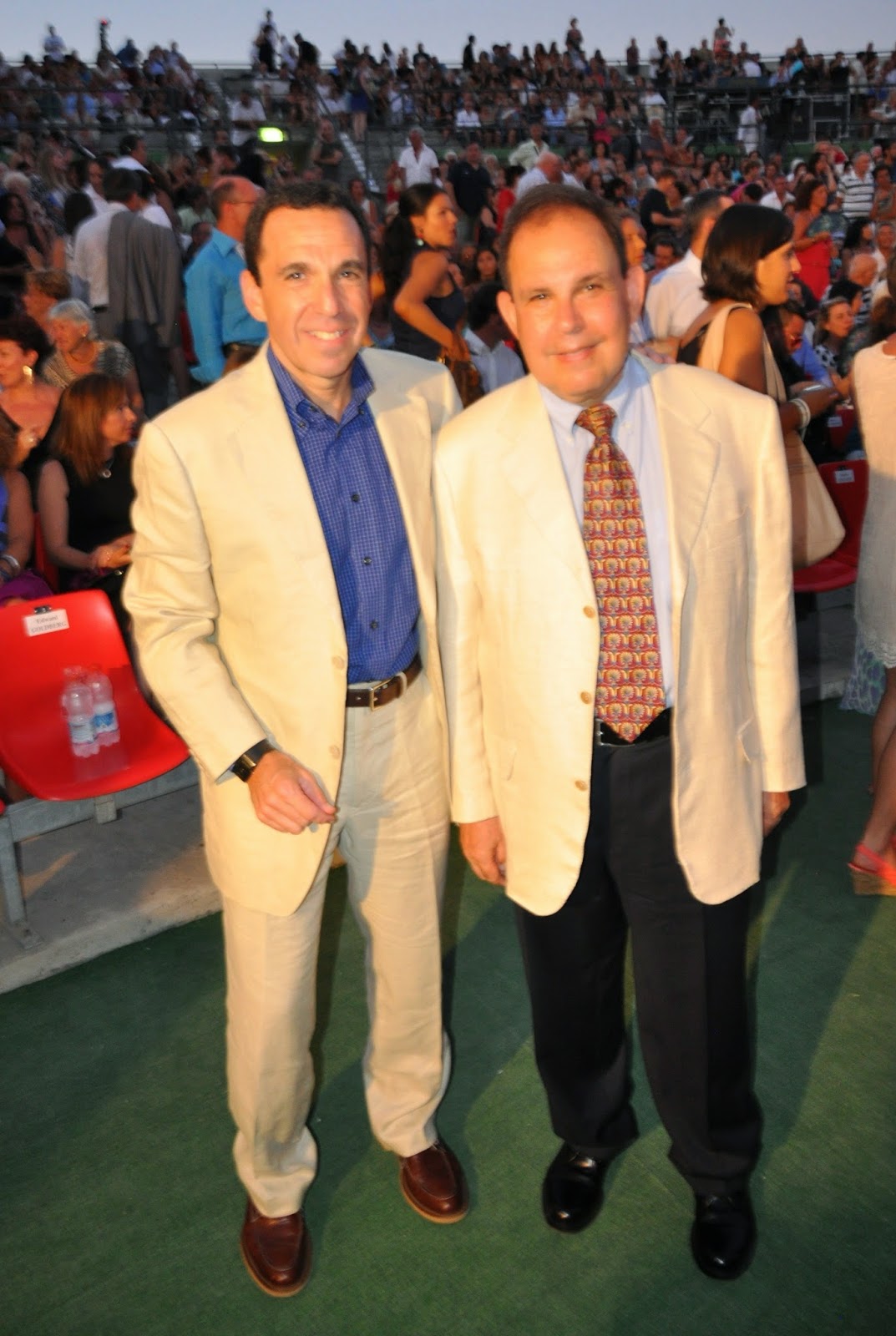 Left, Lyle Goldberg (out from behind the camera)
and right, Edward Goldberg.