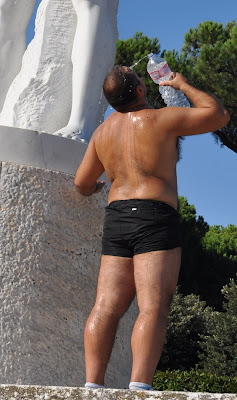 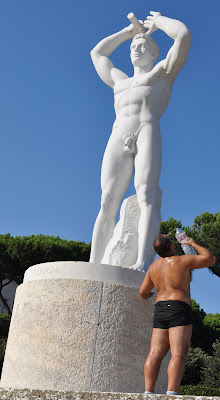 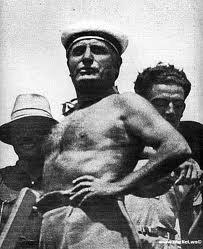 Construction began in 1928, by personal order of the Duce.  To instill the rigorous values of Strength through Joy in the Italian People...

Benito shows what he's got. 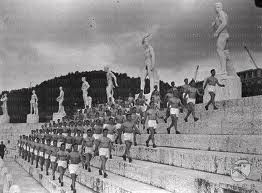 ...and host inspiring public events.(Think "Nuremberg Rally" but cozy and homespun, with everyone speaking Italian.)

The Fascist State shows what it's got.
The great centerpiece was the Stadio dei Marmi (Stadium of the Marbles). Every province signed on to the program and donated an exemplary work of sculpture. 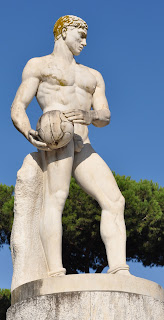 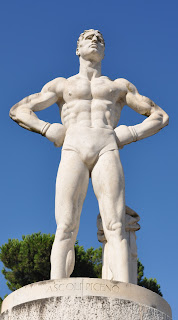 Left, a footballer from Sassari.
Right, a boxer from Ascoli Piceno.
But then Regime Change ensued.
And Real Romans moved in... 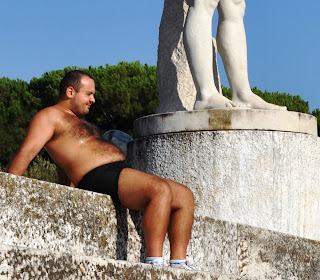 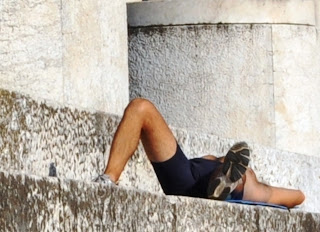 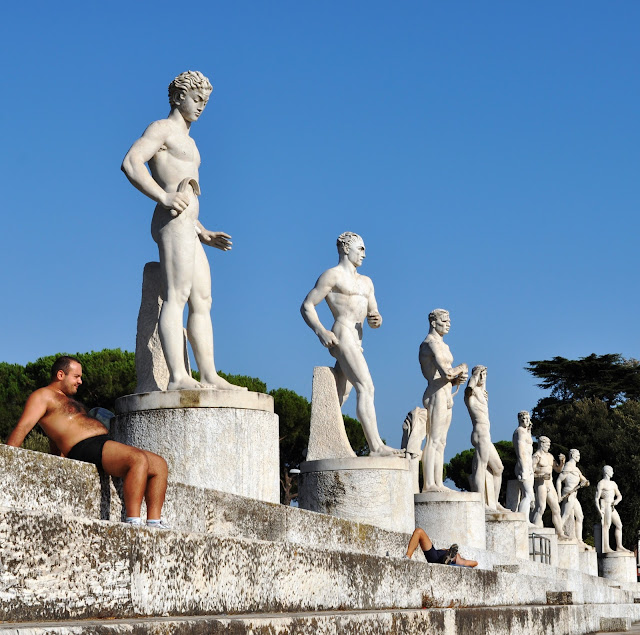 Soaking up sun and imperial vibes at the Stadio dei Marmi. 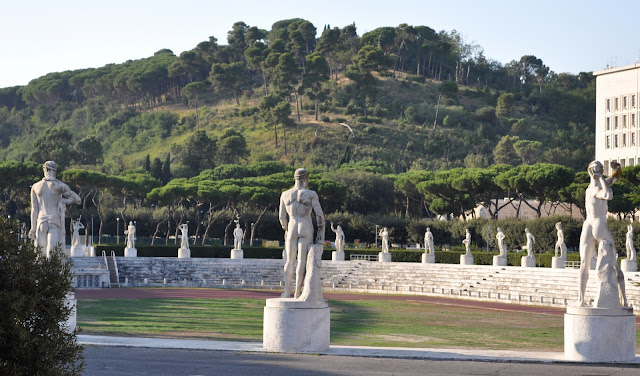 View across the Stadio dei Marmi toward the hills.
A High Art Moment 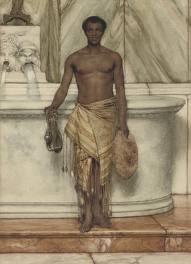 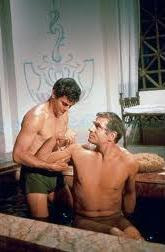