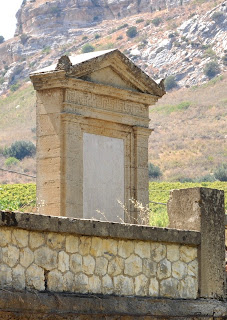 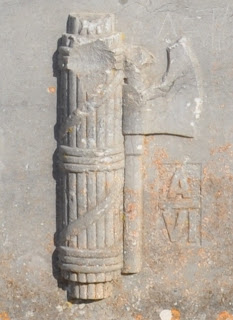 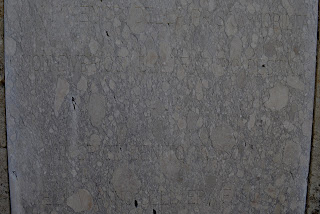 Stile da lapide can sound as potent as the Voice of God on first reading. But then you scratch your head and start wondering what on earth they are on about: 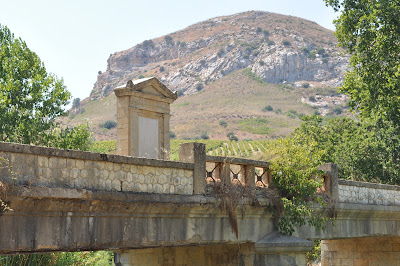 In the Province of Trapani, a bridge over the Torrente Pispina.
The aedicule (with the inscription) conjures a rustic Roman shrine
and the parapet, an upended stretch of Roman road.
The time is 1926 (Year Four of the Fascist Era). And the place is a barely two-lane bridge over a rivulet in northwestern Sicily - where you see rocky crags, vineyards and marshland all at once. 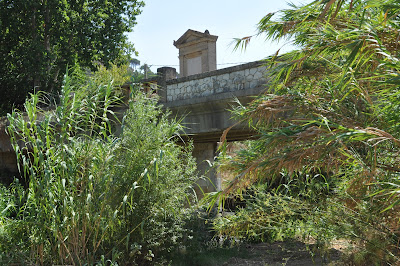 Province of Trapani, Bridge over the Torrente Pispina.
You are between Segesta and Calatafimi - barely four miles apart on the old road.

The old road from Segesta to Calatafimi is still visible,
beneath the overlay of modern highways.
Segesta and Calatafimi? What do these two localities have in common?
Nothing really... Except geographic proximity. And their own distinct places on the map of historic memory. 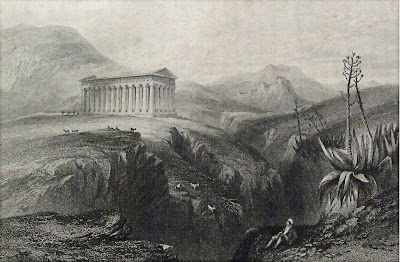 The Temple of Segesta in an early steel engraving (1841).
Segesta was the principal city of the Elimi, an ancient Sicilian people - dating back at least to the Tenth Century B.C.  A large theater and a breath-taking Doric Temple remain above ground, in a setting of astonishing natural beauty. 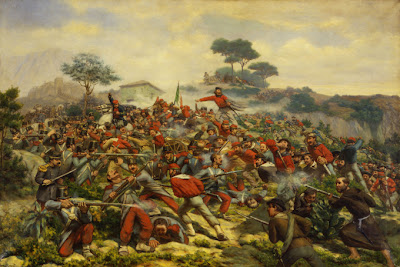 A nineteenth century print of the Battle of Calatafimi,
with Giuseppe Garibaldi leading the fight.
Calatafimi is a lively small town, founded by the Arabs - who called it Kalat-al-fimi (Castle of Eufemius), evidently alluding to a previous Roman or Byzantine fortification. Little was heard of the place, however, until 15 May 1860 when Giuseppe Garibaldi and his thousand red-shirts engaged the forces of the Bourbon Kings - leading the way to the unification of Italy.
N.B. Did a Goldberg fight alongside Garibaldi at Calatafimi? Quite likely! In the official list of the Mille, there is an Antonio Goldberg  (born in Hungary in 1826 - died in Naples or Salerno in 1862; along with a surprising...or not?...number of other Jews.) 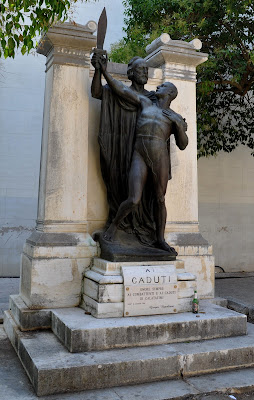 "To the Fallen": The balding Victor of Calatafimi embraces
the eternally youthful spirit of Italic Heroism.
Calatafimi already had its share of older nationalist monuments - some of them decidedly odd. But it was left to Benito Mussolini to incorporate this town into his new narrative of fascist state-building.
Mussolini's interventions were certainly bold - and more important, instantly recognizable. The Duce was still in the full flush of his transient love affair with the Futurist avant garde. 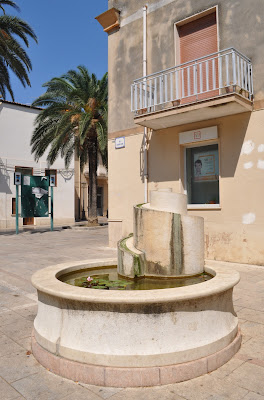 A public fountain in Calatafimi.
Resulting in the arrival of astounding déco baubles in a place that was still nearer North Africa than Milan or Turin (not to mention Paris, New York or Weimar). 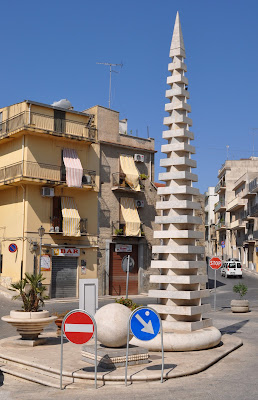 Shapes of the Future. Public art in Calatafimi.


But how do you get from Segesta to Calatafimi (or Calatafimi to Segesta)? Without losing track of the official story line?

You have the leit motif of Ancient Nobility to connect things up. And a flurry of fasces to show the way. 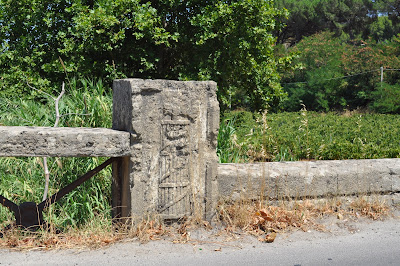 A baluster on the Pispina bridge - with fasces.
The fascio takes you up the long steep path... 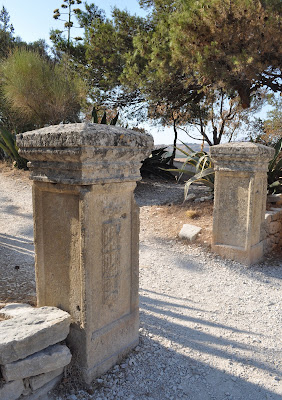 At Segesta, fasces left and right.
...to the great Temple of Segesta... 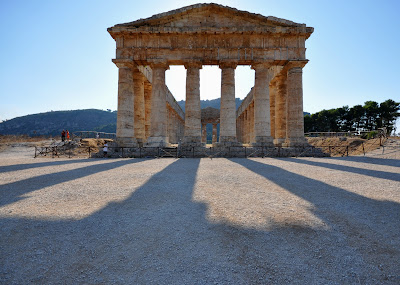 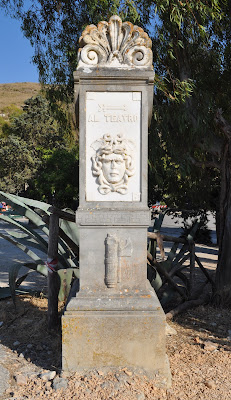 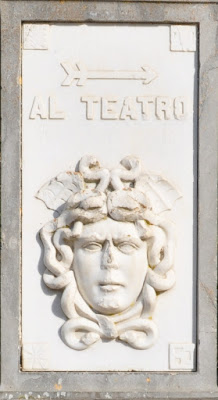 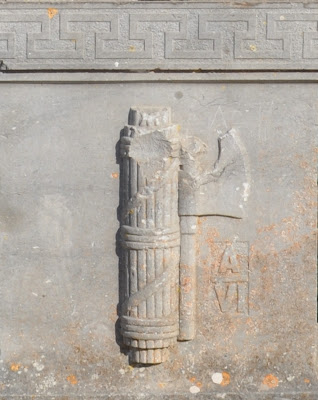 On the stele: Medusa above, Fasces below.
Anno VI = Sixth Year of the Fascist Era = 1928
In fact, the Theater was first excavated in 1927 - a year before the sign was put in place.
Yet another link in the chain of "Ancient Nobility".

And a proud fascist achievement. 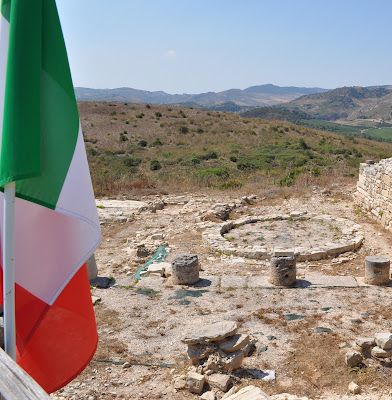 A tricolore awaits the next breeze at a recent
excavation near the Theater of Segesta.
More MUSSOLINI?
CLICK HERE!
PHOTOGRAPHS:
Eighteen photos © Lyle Goldberg
Plus three photos (numbers 6, 7 & 8) from the Web
SPECIAL FEATURE!!!
Our Photographer Onsite... 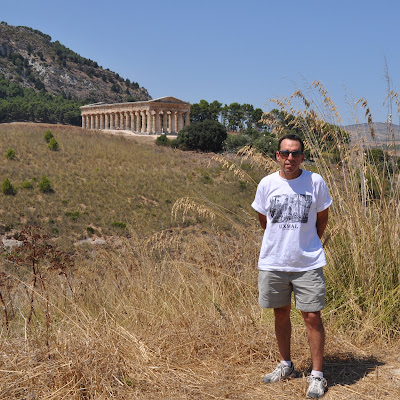 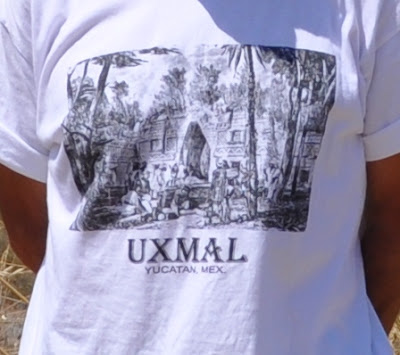