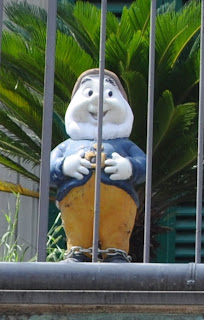 
You are across the river, on the outer edge of the Oltrarno district (Florence's "Left Bank"). In the never-neverland above Piazza Tasso and below Piazza Bellosguardo. (The exact location has been concealed, in order to protect the identity of the...contenders.) 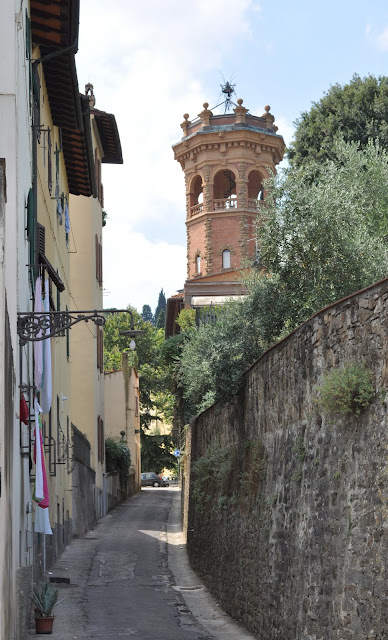 
You are in the heart of one of Florence's micro-neighborhoods, with its own history and its own traditions...and apparently its own seething feuds. (Never forget that Italy is the land of the Montagues and the Capulets, not mention the Guelphs and the Ghibellines. Not to mention Torino and Juventus, and Milan and Inter. Not to mention Gucci and Armani, and Fendi and Ferragamo. Did someone whisper "Sofia Loren and Gina Lollabrigida"?) 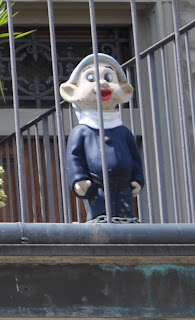 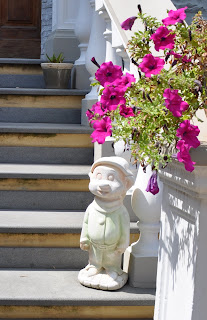 Florence: Public Art (by Private Initiative).
Two households both alike in dignity (or lack thereof)... A few doors apart... With their competing arrays of Disneyiana...

The street, alas, is too narrow for us to squeeze them both into the same frame. But the two Biancanevi (Snow Whites, to you) could pretty nearly reach out and wring each other's neck. 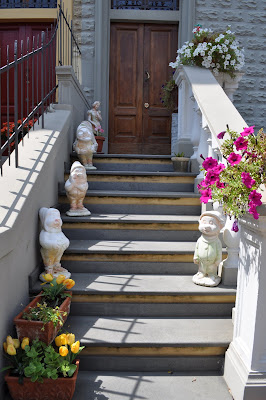 One house has the year-round yellow tulips (certainly a nice touch), but seems a dwarf or two short of a full deck. 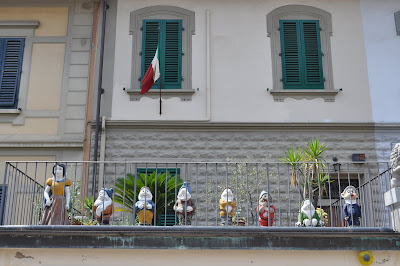 Meanwhile, the other has the fresh paint job and that terrific terrace over the garage. Not to mention the stirring display of the tricolore... 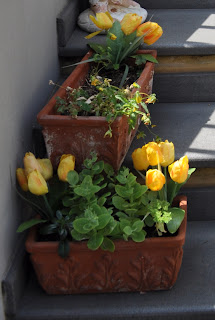 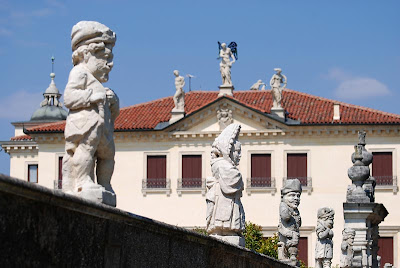 Vicenza: Villa Valmarana ai Nani,
with its famous dwarves on the garden wall.
You can find this and many other wonderful photos of Venice and the Veneto at:
BLUOSCAR