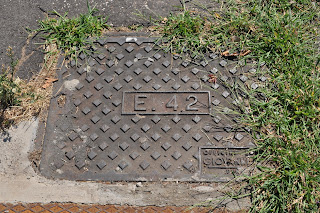 What if Mussolini threw a World's Fair
...and nobody came? 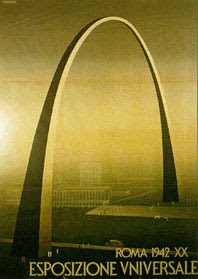 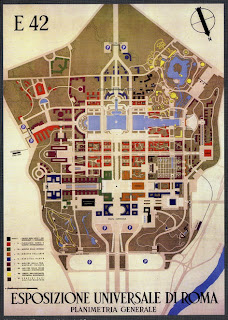 In a mythic new quarter of the Imperial City with a comic book name:  E.42 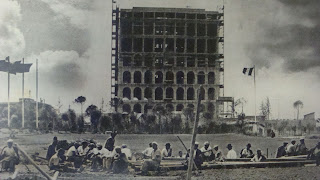 But Italy was busy losing a disastrous World War. Resources were scarce. And every man laboring on these gleaming monuments was not in uniform - making a last-ditch stand in the Libyan desert or the Russian steppes. 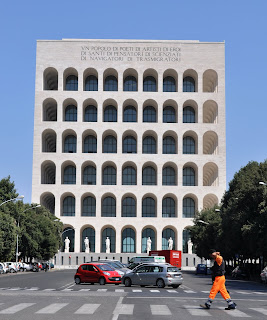 A PEOPLE OF POETS,
OF ARTISTS,
OF HEROES,
OF SAINTS,
OF THINKERS,
OF SCIENTISTS,
OF NAVIGATORS,
OF MIGRATORS.

The Palace of Italian Civilization (a.k.a. "The Square Colosseum") in the former E.42   (today's EUR).

And now...? Seventy years later...? Arriving in the old E.42 is like landing in a comfortable, even elegant, suburb on the dark side of the moon.

The architecture is relentlessly programmatic. But what... we wonder... is the program?


And the buildings - engendered for eternity in marble, granite and bronze - still exude a fleeting aura of cardboard and papier maché. 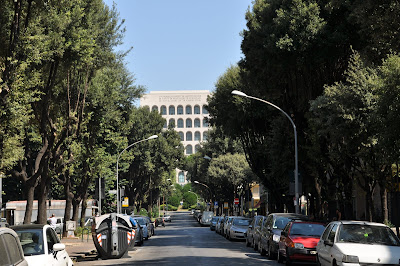 Another of the four matching sides of the Square Colosseum.

There are grand vistas.  One after another... Leading from where to where?

We seem to be wandering through a a vast masterplan abandoned on paper. Or loitering behind the scenes, waiting for the show to begin. 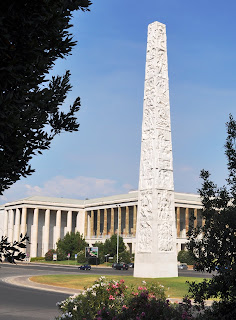 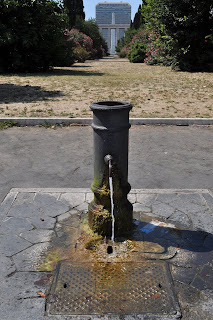 Two views of the grand obelisk dedicated to Guglielmo Marconi, the consecrated genius of Italian science and a fervent member of the Fascist Party. Meanwhile, his alter ego Enrico Fermi (politically dissident, with a Jewish wife) lingered in Italy as a non-person and then fled to America. 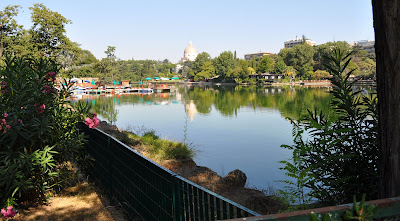 The great lake was the focal point of Mussolini's master plan - now a pleasant recreational spot, softened by greenery around the edges. It's defining feature, a lofty arch measuring 200 meters (represented in the old poster, up above), was never realized. The  hilltop Church of Saints Peter and Paul dominates the scene - intended by the Duce as his own mausoleum. 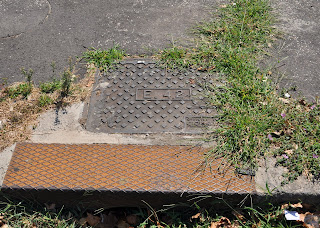 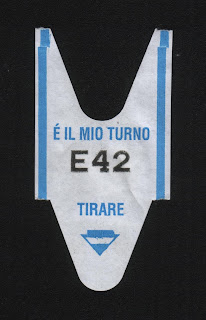 I took a number and got in line, this morning in my local hardware store...