NO FAN OF MUSSOLINI? 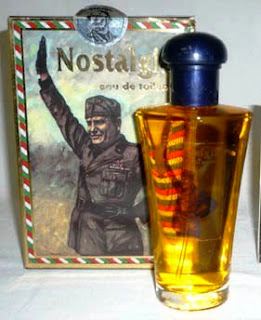 
The road to hell is paved with ironic knick-knacks - treasured by people who ought to know better. 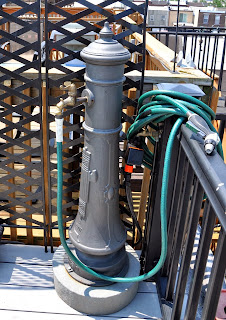 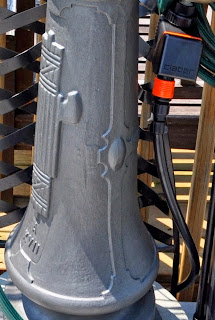 Somewhere in North America: An enviable urban roof-deck features a repro cast-iron fountain with fasces (transported from Italy at great effort and expense).


I am as guilty as anyone when it comes to reducing the horrors of the past to (more or less) amusing one-liners.  So, I am fair game for those who don't get the joke - or at least, not the same joke as me. 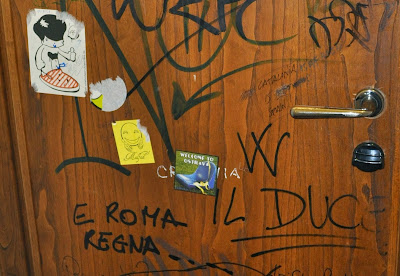 
Today, the following appeared in my in-box, from a kindred spirit in a country just across the border from Italy:

I'am absolutely no fan of Mussolini, nor of fascism, though I must admit that to watch to Benito shouting its idioties to ignorant crowds has somehow appeal. How can peoples' minds be so blind!

Now, I've being completing my accessories for the coming winter; I'd so much like to buy a hat like Benito's ones. But I haven't yet found out the brand he wore. Could you help me? Does the brand still exist ?

Thank you for answering ! 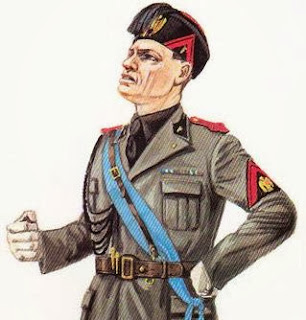 I am always eager to promote Italian exports, so I did not hesitate to share a shopping tip with Mussolini's-absolutely-not-fan:

For a mere 25 euros, Mussolini's hat can be yours--if you don't mind giving money to violent, racist, holocaust-denying thugs whose values you don't share:

It is probably not the same brand that Mussolini wore and I cannot vouch for its quality - especially since the company seems to specialize in rather uninspiring American-style baseball caps with white surprematist and neo-nazi symbols.

I am always glad to be of service. But now that you know that you can acquire il berretto di Mussolini, might I make a polite suggestion?  DON'T DO IT! 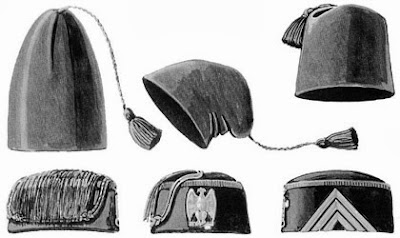 The Duce wore various kinds of hats, depending on the occasion and presumably his mood. But for the diehard fascista fashionista, this is what comes to mind: 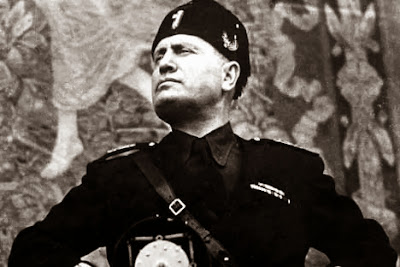 The supplier I noted does indeed offer something like...

But this is a rough computer mock-up.  And if one of these objects was ever realized, it didn't hang around the shop long enough to be photographed.

But - hey! - if you want accessories that will get you noticed, don't despair...

I can even get it for you wholesale. With four matching zippo lighters, one for each pocket of your new winter coat. 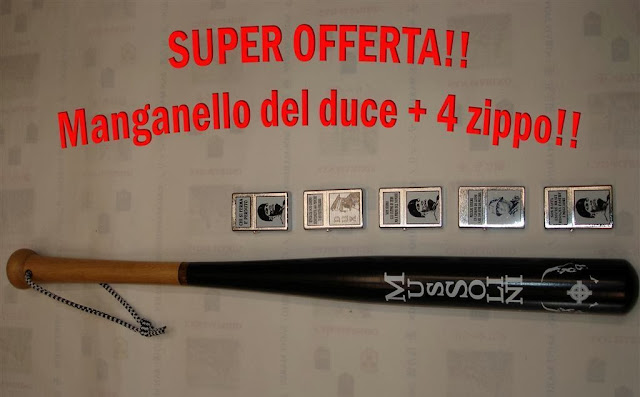 Then - trust me! - the sky's the limit and it's all fun. At times, Benitoland looks just like a small town Christmas Fair. 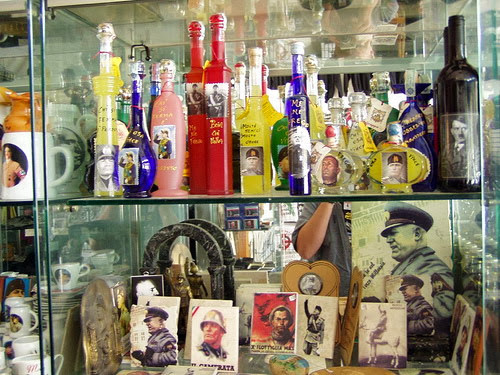