BACK TO NATURE? (Megara Hyblaea) 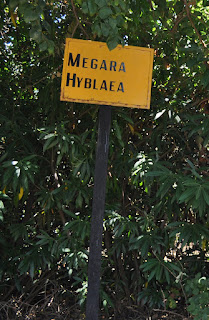 Why do we visit archeological sites?
For two main reasons, really...


First, climbing around on ruins is a hell of a lot of fun. 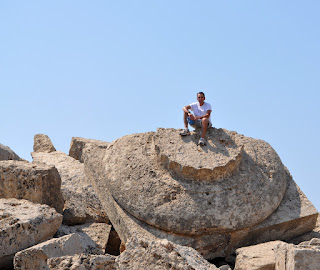 Selinunte (another Greek City, also in Sicliy)
NOT Megara Hyblaea

And then, there is the sweet sensation of toying with the past - reducing ancient glories to our idle pleasure. 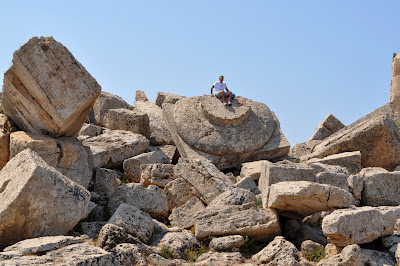 Selinunte; our photographer perches on a fallen capital.
But what if an archeological site refuses to get with the program - and won't give us the sensations we crave?
What, in fact, if it is a hellish mess?  An environmental catastrophe? And one of the worst places on earth? 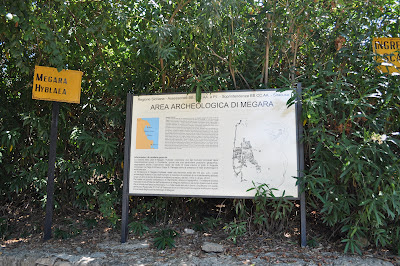 Megara - entrance to the archeological area.
Welcome to Megara Hyblaea! On the southeastern coast of Sicily. Among the oldest Greek colonies on the island. Founded in the Eighth Century, B.C.
Massive archeological excavations were carried out in the course of the twentieth century. And then the place was abandoned to its fate. 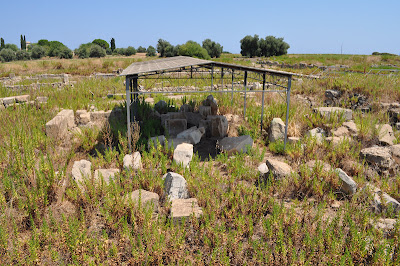 The Agora at Megara Hyblaea.

Nature inevitably moved back in, reclaiming that which a succession of Italian and French archeologists wrested from the earth. 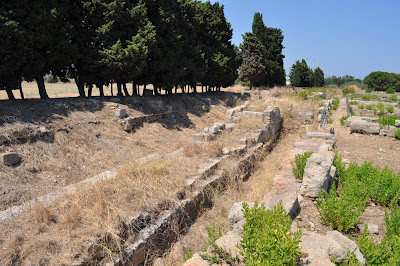 The Hellenistic walls at Megara.
﻿
Time out for a little romantic melancholy?
Do yourself a favor and save it for some place else! 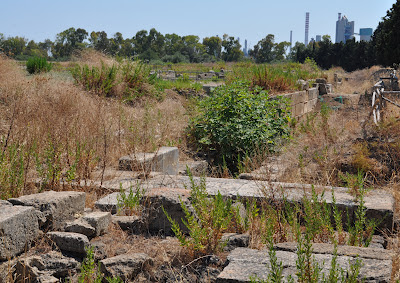 Monuments to progress in the upper right corner.
Throughout history, Sicily has been hailed as "the crossroads of the Mediterranean".
Greeks... Carthaginians... Arabs... Normans.... Aragonese... and so on...
Now, it is on the direct route from the oilfields of North Africa to energy consumers in Europe. Giving rise to vast refineries. And air pollution. And water pollution. And recurring birth defects. 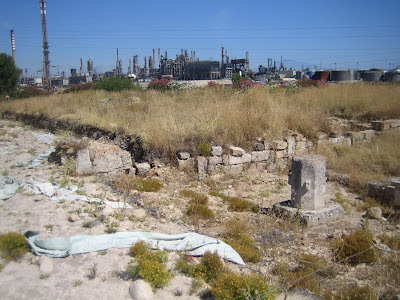 An intersection in the ancient Greek city of Megara;
the distant swathe of oleanders is a nice touch;
with thanks to ronyDF.
We are not just talking about a ravaged archeological site.
We are talking about a ravaged everything. And mankind's manic compulsion to foul its own nest.
Maybe a hundred years from now, the proverbial Tourists from Mars will meander through the ruins of the EXXON refinery. Posing for photographs and thinking deep thoughts...
BONUS!!!
Two Nice Bits from Megara Hyblaea. 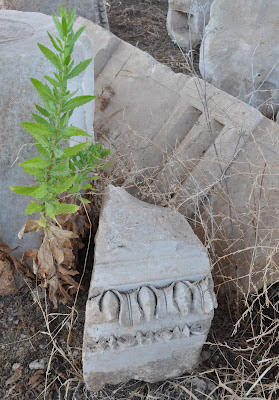 Rocks and a plant. 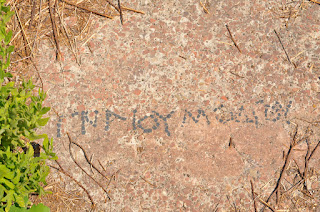